A public art project sponsered by the Chicago Department of Public Art and the Chicagoland Speedway.

The project was exhibited at the Museum of Contemporary Art and at Daley Plaza. The Pace Car was driven around the Chicagoland area and was featured in the Chicago St Patricks Day Parade.

The actual Pace car was painted in 230 hours within 6 days, by 4 professional car painters from Detroit.

the Chicago Department of Cultural Affairs “Work of Art” television program produced a 30 minute video documentary, which aired over Public Television during the Summer of 2001

During the race season, NASCAR fans could purchase raffle tickets for the Pace car. Proceeds from the raffle were donated to the Boys and Girls Club of Joliet, Illinois 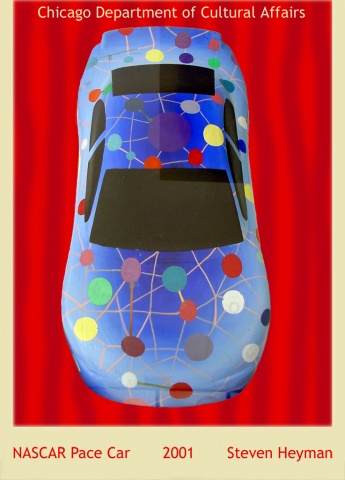 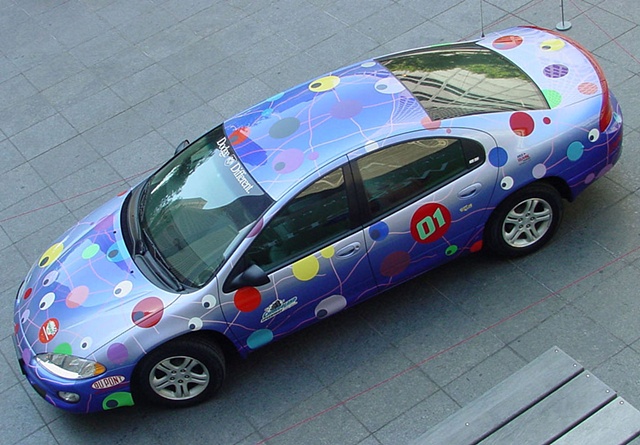